I heard there was a yard, a garden, behind some fence where, if you enter, you get happiness, you get paradise that you were searching for. I also stepped on a path to get to that yard. Shining signposts were pointing the direction to the yard. I came to about ten kilometres from the entrance, and I saw a long line of people waiting to get in. They were standing in ten parallel waiting lines. I joined one of the lines and waited. Minutes, hours passed by. The day was coming to an end. I asked the ones in front of me ‘How long is the wait to enter?’. They replied they had been waiting for two days. We were still standing in the same spot. ‘Two days without moving?’, I asked. That thought made me anxious. ‘Do you know anybody who got in, have you heard of somebody being in that garden?’

They bent their heads and continued mumbling and waiting. I was wondering why nobody entered, what was at the entrance. Were there guards, were the doors locked and nobody had the keys?

I turned around and saw new ten waiting lines about 30 meters long. They all stood there and waited. I thought to myself, again, I didn’t have time for that, why didn’t anybody budge, was there a shortcut, what kind of fence and security were there at the entrance. At that moment one man was returning from the direction of the fence. His head was bent, footsteps heavy, hair grey and with a frightening attitude. Nobody asked him anything; they were merely checking him out. Nobody stepped out of the line to ask him something so they would not lose their spot in the queue.

I dared to step out of the line as I didn’t have the patience to wait there indefinitely. I intercepted the man and asked him ‘Why are you returning?’ and he replied ‘I didn’t know the answers to the questions I got at the fence. I couldn’t enter, and I had been waiting to get in all my youth. I made an effort and applied all my knowledge to get in, but now I’m returning to the back of the line. My time is up. And when my time comes again I’ll be wiser.’ He continued walking.

The others who heard that conversation just remained standing in line. They commented that they knew those questions and that they would certainly get in, that was the only way, and they just had a stand there. So they were told.

I pondered once more, looked around me and I couldn’t understand anything. Then I looked again, but a bit better and I saw a grove next to the waiting line. It was a dense grove and intertwined with treetops. I got closer to see where the path leads. I stepped out of the waiting line anyways. My curiosity dared me to see that little forest.

Nobody in the waiting lines paid any attention to me. Nor did they look to where I was headed. I went, and I felt lightness with every step I took. I skillfully mastered every obstacle, root, branch, thorns that got in my way. It took less and less effort with every new step. I felt where I was supposed to step and how to go ahead. Grove became more open, and I was able to see better where the path leads.

It was parallel to the waiting line. I could still hear people moaning and grunting in those queues. I shouted ‘Hey, does anybody hear me?!!!! I think this path goes to the same fence in front of the garden.’ Nobody heard me; there was no answer. I looked behind me to see the path I already walked, how long it was, how was the terrain at the beginning of my walk, how dense was the forest and obstacles in it. I felt safe despite the unknown ground and that no one else took this path.

I smiled and went on, and everything was clearer, the view opened. But I couldn’t think about people in waiting lines, or how long walk was ahead of me and what questions would I get. Terrain remained slippery, and I could also easily trip. I needed to focus on every step in that woody terrain, which was becoming more and more open.

I was spending less energy, my fear was diminishing, my walk was lighter, and I sensed the surroundings better. Lots of thoughts went through my mind, how and why. And I was getting more and more answers to those questions. However, the answers were not always the way I wanted them to be.

Nontheless, I was beginning to accept them more, and I saw they didn’t have any base in the present as there were lots of new paths and questions still ahead of me. But I had limited amount of energy, so I had to focus on the way leading to the fence. And step by step I arrived at the entrance. A fence that didn’t even exist there!!!!!, but from the perspective of people in waiting lines, it seemed high, at least 5 meters of thick stones that could only be broken through by force. There, by the waiting line, on a natural path that seemed thorny and leading to nowhere, but it was the only right one and leading towards the entrance, was no fence. There were no questions to which we wouldn’t know the answers. We wouldn’t bend our heads and return.

I stepped into the garden. Once inside, the view seemed infinite; everything smelled beautiful, there were lots of colourful flowers and trees of every kind, birds were flying around carefree from branch to branch. Even the sun was somehow shining more beautifully. Always bright and sunny. Feeling at the entrance was the feeling with an absence of fear. Possibilities are endless if we respect the principle of balance, wishes and current possibilities. We focus on every single step and measure it. Twice, three times before we take a step.

I listen to the language of my surroundings, how my body accepts it and what it thinks. I don’t know the extent of this garden, or even what obstacles await me in there. I see the mountain silhouettes from the entrance. But I won’t hurry to get there; the garden is far too pretty and friendly to think about something that’s still far away and in a blur. I’m enjoying and listening. I like the view, and I won’t spoil it. I know the way back from the garden and grove, as well as how it feels like standing in line.

I know now there are no shortcuts, no hurry, no moaning. No more rumours about a possible way, I know where that way is. No more wishes without respecting the principle that makes the wishes come true. The horizon, the view to the garden is opening even more now. We go hand in hand, with every new step on the way. Wishes, me, my body, thoughts and emotions.

I stepped on a path where the happiness is. 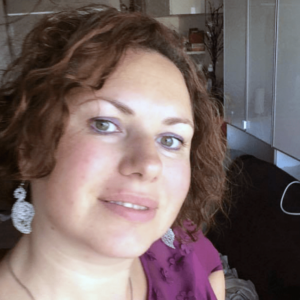 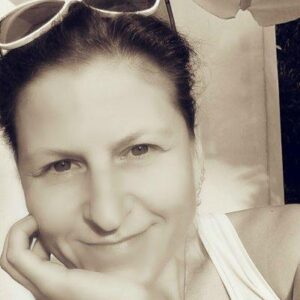 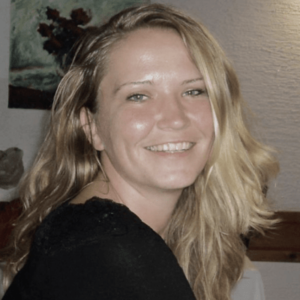 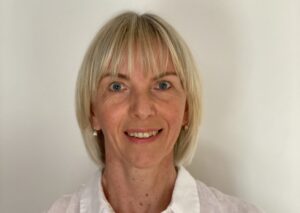 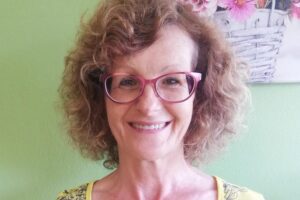 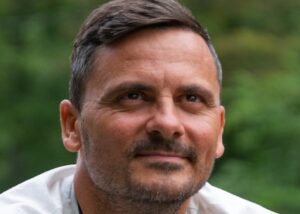