In the treatment and reduction of the probability of recurrence of injury in the AEQ method, the rule is that the movement must first be normalized, then optimized, and finally improved. The injury alone, caused by sports, shows inconsistency, maladaptation and inefficiency in movement that would be optimal for this sport. Let’s mention a well-known alpine skier who went on active AEQ method therapy sessions due to unbearable pain in his knee. The only way he could tie his shoes was by kneeling, a position from which he couldn’t stand up from without help, but the pain still hasn’t stopped him from taking a leap down Petelinji greben. Sadly, I have far too many patients like this. They can lift up to 200kg in weights but can’t put their sock on without pain.

With injuries like these, especially recurring ones, there is always an abnormal moving pattern accompanying it and the torso and limbs aren’t connected when moving. A teacher of the AEQ method first figures out the current state of motor intelligence and integrity. He determines where there are present sensory-motor amnesia and the constant inability to change muscular tones. We can observe a different ease of rotation of legs or arms, unequal ability of tilting the pelvis, different posture and body shape when lying down or standing. This is all a sign of blockades and an incorrect muscle tone.

This is especially obvious when observing breathing, which is inconsistent and inefficient with most athletes. Either they have too deep of an inhale and a shallow exhale or the opposite. While analyzing breathing I especially focus on the muscles, which we do not control consciously and make balanced and effective breathing difficult due to their rigidity.

A good analysis and a comprehensive explanation for such discrepancies is very important, so that the athlete can understand the point of AEQ exercises and protocols, which become a part of his training process. The basic purpose is to gradually normalize his movements and develops a good enough basis for detecting their own actions and reactions on their surroundings. That’s when he can determine whether his actions are constructive or destructive. With top athletes, there is a particularly common mismatch between what they want and what repressed thinking and emotions are in the background, thus preventing themselves from achieving optimal results. That is especially noticeable with athletes whose results from trainings largely differ from those achieved during actual competitions.

An AEQ teacher analyzes movement, posture and personal characteristics. He does so when the person is lying on the table and is talking to him.

The athlete learns how to change their moving patterns

Injury constantly affects on established moving patterns: to avoid the pain, we adjust the movement because we do don’t want to burden the affected areas of the body. We call that favoring an injured area. This leads to bad posture, and the result is the loss of free movement, or, in other words, accelerated aging. It is at this point that we can decide to persist with adapted – wrong – movement or begin training and endure the pain. But not every training will bring relief.

In general, movement strengthens the current movement pattern. This mean, that training after receiving an injury strengthens the incorrect movement pattern that developed as a result of the injury. The rigidity of the damaged muscles becomes stronger and the contraction of the remaining muscles that protect the damaged surface becomes stronger as well. When we strengthen our muscles after an injury, we also strengthen the pain. That’s why, after training, the injured area may become ill again after a period of temporary improvement, so it is necessary to adjust the exercise or even stop it. This happens with the standard approach to training.

Even if we rest after receiving the injury and the pain disappears through time, the movement pattern doesn’t return back to what it was before the injury. That’s why bad posture and limited movement are so much more common at older people.

When the pain has already disappeared it sometimes suddenly inexplicably returns. We didn’t injure ourselves again, it’s just that muscle contraction on the injured area has become stronger which results in a cramp and pain. It’s possible that we were treated using physiotherapy and during exercise strengthened the incorrect moving patter after the injury which has only made our troubles worse in the long run. Progress will most likely be slow and painful.

We can consciously change our movement pattern!

Let’s observe joggers. Many people, when they run, burden their legs differently. Most of them rotate their legs with every step, instead of moving easily and elegantly, straight, back and forth. I think that they aren’t aware of what they are doing.

Its similar with injuries: the pain subsides but the pattern remains. After an injury we will never again move in the same way as we did before. To prevent the strengthening of the wrong movement patterns which appear because of the injury, it is best if we avoid routine movement; we have to change them.

With the help of the AEQ method we can, besides avoiding the wrong movement patterns, also learn how to act correctly. It’s about requalifying our neuromuscular system, which includes two steps:

Movement patterns are saved inside our mind. Let’s think about how we learned how to write, type, ride a bike, ski, open a door, drive a car. All patterns of coordinated movement are taught. The brains learn them, then they coordinate the muscle contraction and lengthening and maintain proper muscle tension. That’s why we also need to learn new coordinated muscle patterns. Our brains ability to learn is crucial here.

The AEQ method teaches us vigilance, to be aware of ourselves, our body’s and our movement. Through awareness of the simple mechanism of muscle contraction and lengthening, it shows us how to regain control of muscles and movements. We learn how to develop the ability to consciously relax and lengthen our muscles indirectly connected to our injury which will eliminate excessive muscle contraction and help us on our way back to coordinated and fluid movement.

When we are able to consciously relax and lengthen our muscles, the risk of recovery and intensification of pain or injury will also disappear. 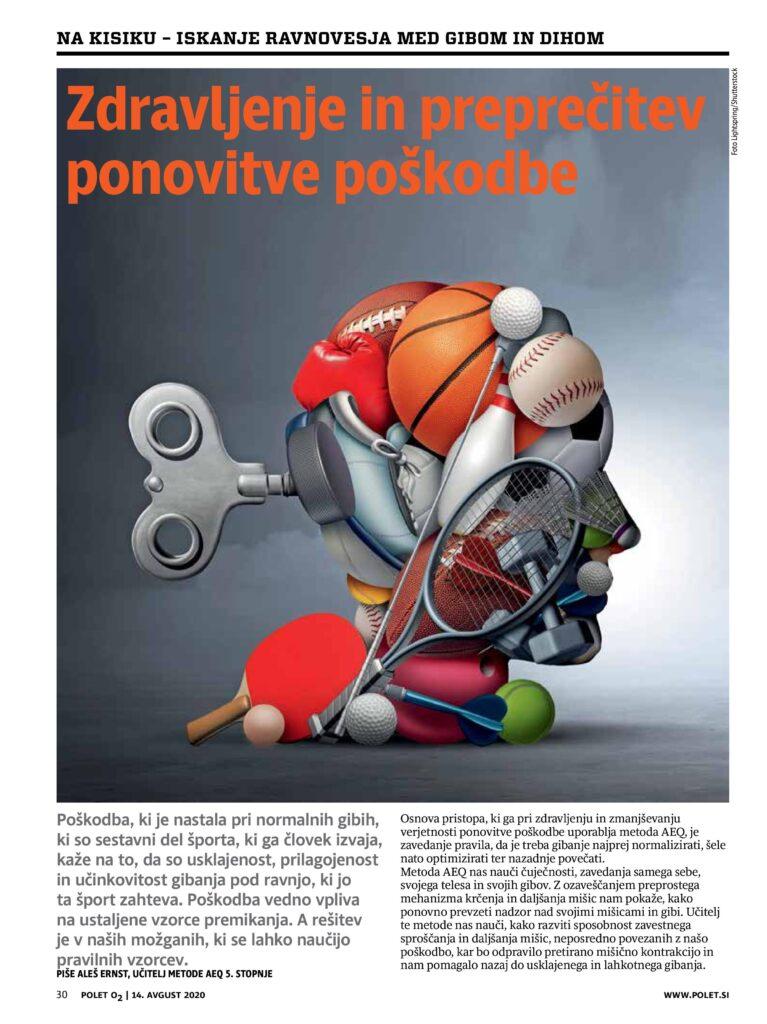 HOW TO FIND THE MENTAL STRENGTH NEEDED TO RUN