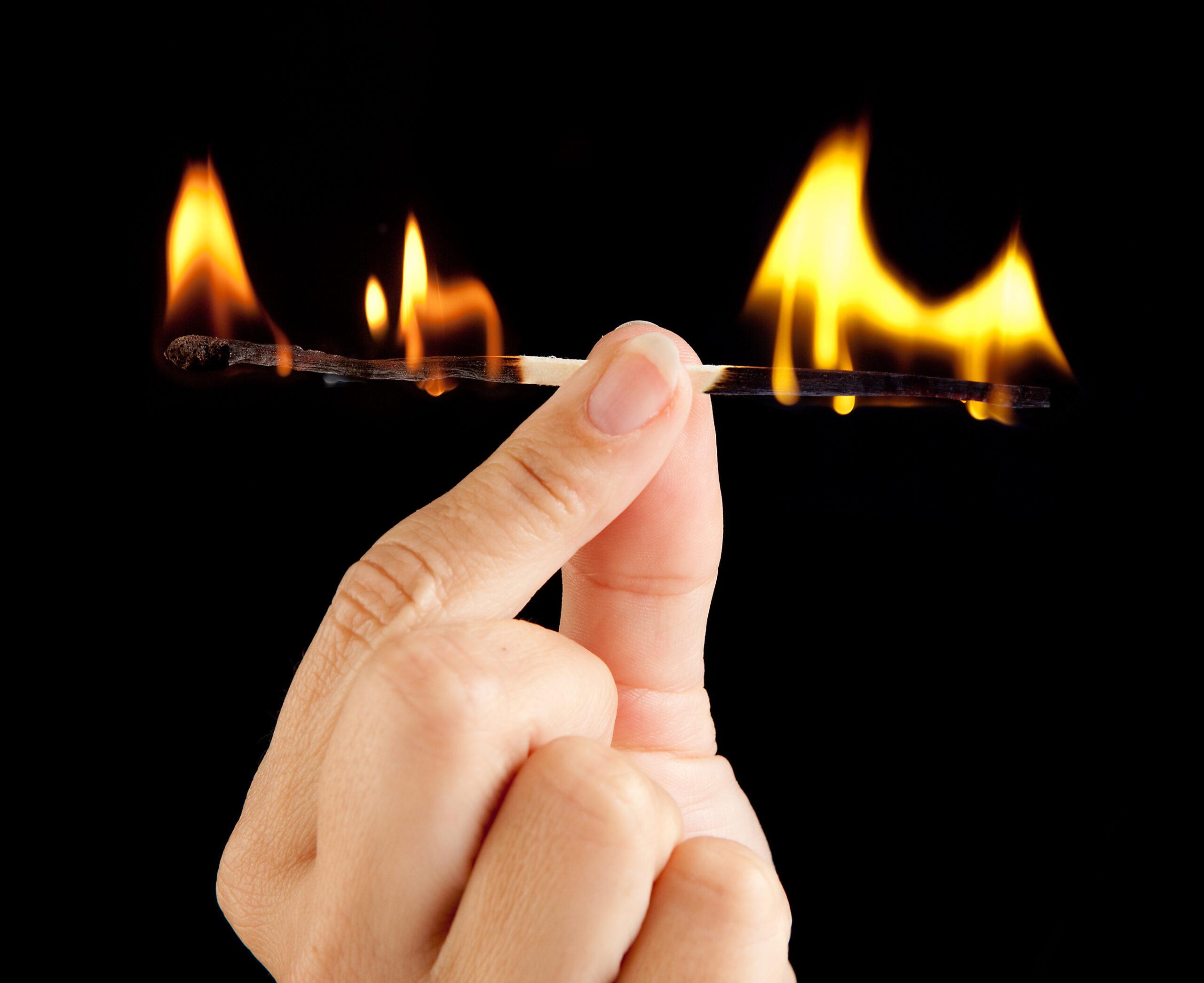 Hand holding a match burning at both ends

We feel our inner and outer world through our bodies, through which we also respond to it. By learning with the AEQ method, we change these relationships and create a stronger and clearer connection with the body's reality.

Based on the reality of bodily sensations, our identity has content and structure.

For each of us, the basic reality is our body. The loss of the influence of bodily sensations on the functioning of the mind and balance changes lives and creates chronic constriction and malfunction of the sensory-motor feedback loop. For a person in this state its common that:

(1) He tries to achieve the impossible or is holding onto an illusion.

(2) Isn't grounded and has a strong feeling of weakness

Continue ReadingAWARENESS OF ONE’S OWN BODY OR CONTACT WITH REALITY 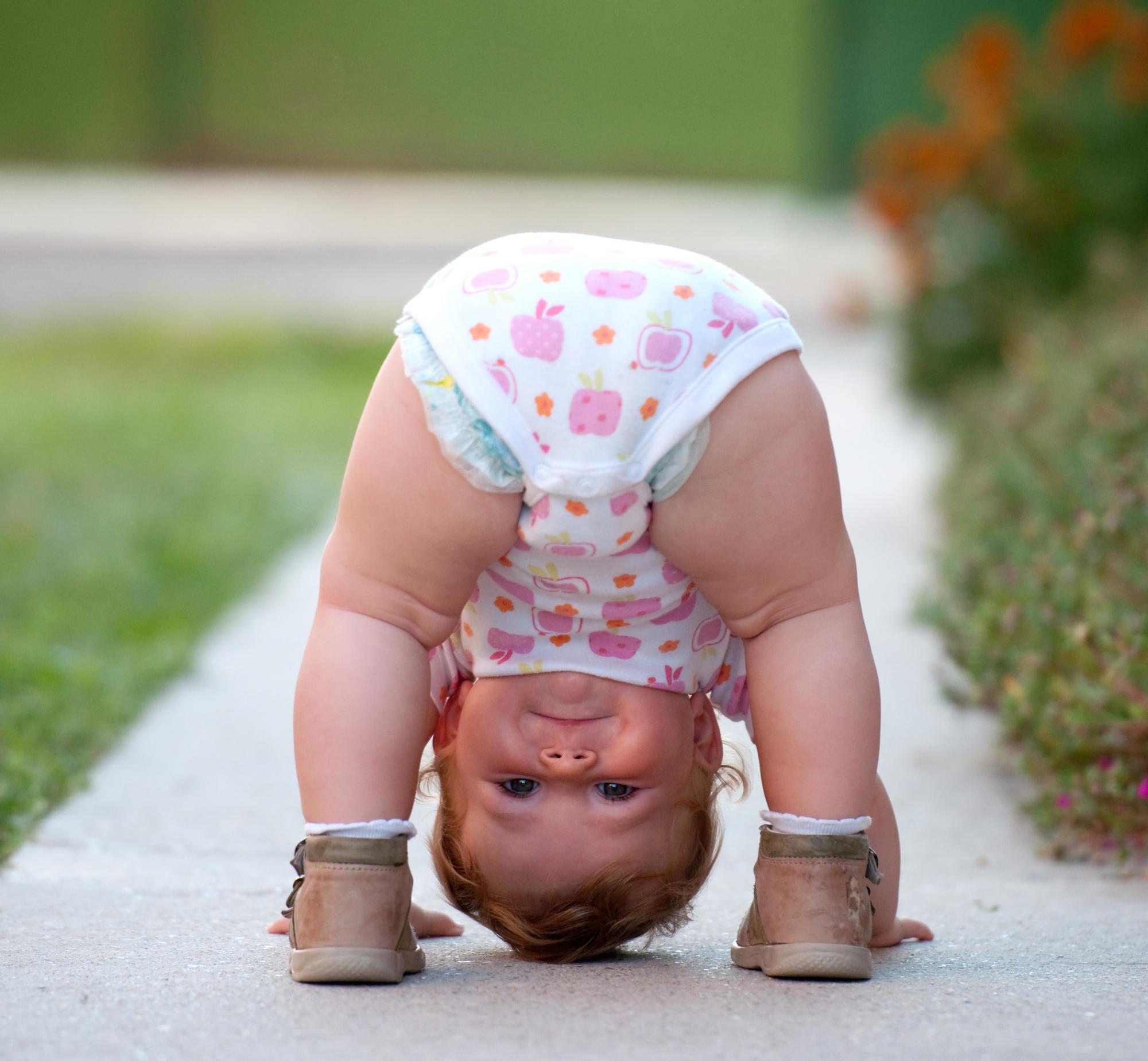 One-year baby girl playing upside down on the street

Even in early childhood, a toddler has unmonitored access to the Internet and more and more often, their own smartphone. He is often more supportive of adults than adults are of him.

Health is the basic need of life. Healthy should be our normal condition, while illness should be the exception. Illnesses begin when the complexity of the whole operation is lower than the demands of the surroundings, from which follows, that disease cannot be a basic state of life, for then life could not develop at all..

In my work line, I realized that most of my client's condition is the exact opposite of what it was supposed to be and that most illnesses appeared because of their self-destructive behavior with good intentions. The foundation for that behavior was already developed in early childhood. .

Continue ReadingIF I WERE A CHILD AGAIN, I WOULD… 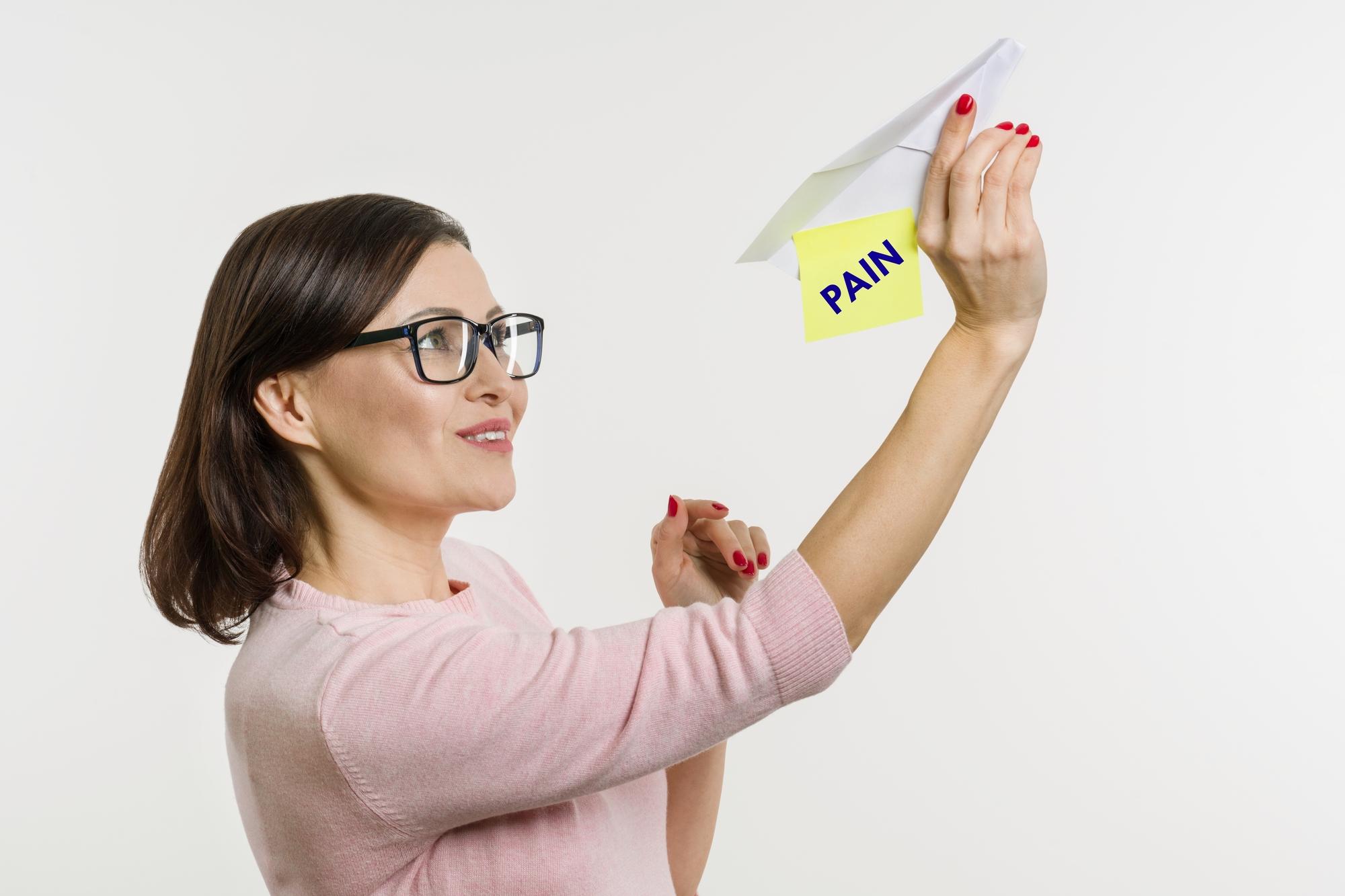 Woman gets rid of pain and remove the problem . Sends a paper abstract airplane with the word Pain.

Only persistent, conscious, attentive, and curious exploration and an easier way to perform the movement and effectively express emotions eliminates pain and changes thinking.

Sensory-motor amnesia and a lack of time force people to divert their attention to the future or past.

Only persistent, conscious, attentive, and curious exploration and an easier way to perform the movement and effectively express emotions eliminates pain and changes thinking. Our conscious control and efficiency increases; we use our time and energy better.

The changes in lifestyle that came with the modern age were mainly due to the steam engine's invention and later related inventions. With the Industrial Revolution, the developed part of the planet easily converted the energy of wood and fossil fuels into motion. It was thus less dependent on the energy it drew from food to do the work.

Continue ReadingFIGHTING AGAINST PAIN ONLY MAKES IT WORSE 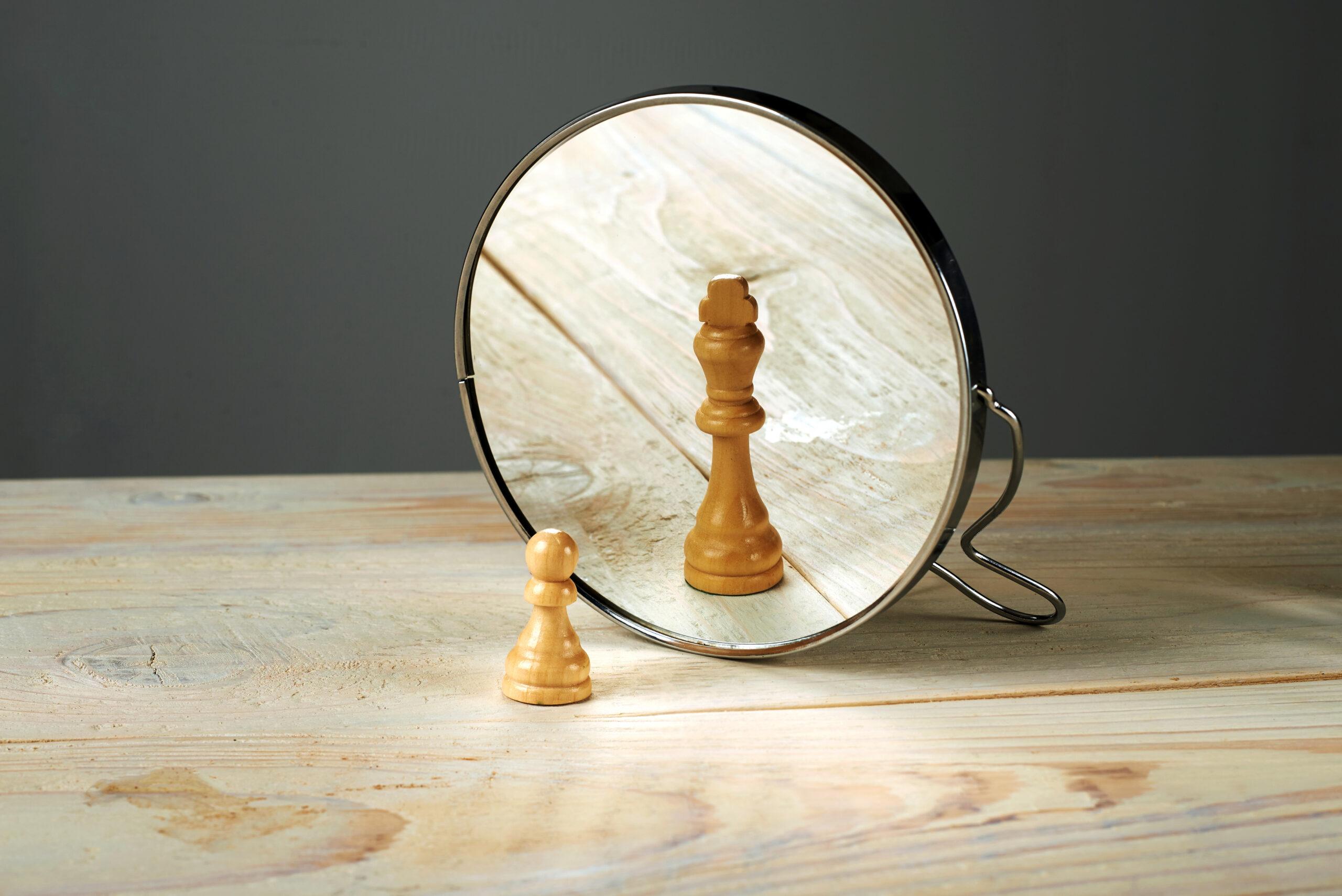 Alter ego. Be someone else, a soldier and a king chessmen mirroring.

Who is the ego? Ego allows us to change our surroundings to fulfill our needs and wishes or changes us to suit the environment.

Life has been long and increasingly alienated from the body and the natural laws and rules by which the body must function. That's why we constantly face more and more obstacles in a shorter period, which creates a larger need for the ego to intervene – that's how the ego takes the main role in the body-subconscious-conscious system.

Ego is the state of our consciousness that occurs when an obstacle is in our way, and it allows us to defeat or avoid it. Then we direct consciousness to a constricted state and change the mind's functioning to direct the body's functioning and create the appropriate pressure and movement needed to regulate the imbalance and increase homeostasis - thus perceiving a sense of satisfaction and state that we are okay.

The ego itself is neither good nor bad. It is necessary to regulate the environment's attitude and provide the necessary conditions for life, satisfying needs, solving problems, and fulfilling desires. 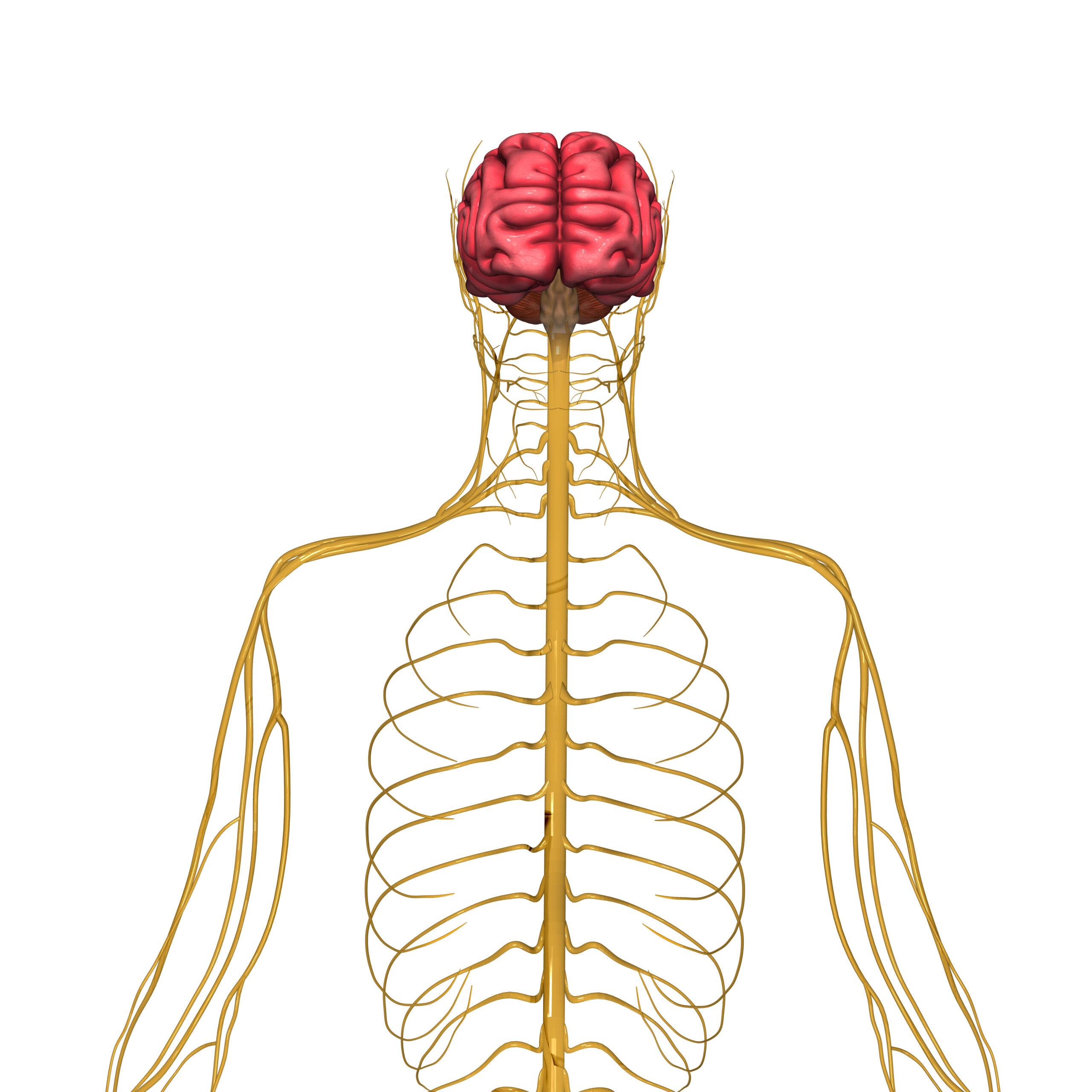 For the proper functioning of the immune system, it will be increasingly important to know the condition we are in and know the approach and method that can explain the chronic activation of a particular condition and enable its detection and gradual change into the correct one.

It is important to recognize how our autonomous nervous system (ANS) is functioning (sympathetic or parasympathetic) and can feel and estimate if the current way is necessary for this situation. The biggest damage to us is caused by ANS when it reacts inappropriately to our current situation, and we don't even know it. 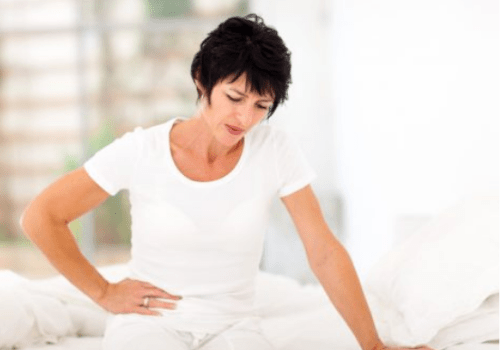 People have a universal response to pain: we tense up. This reaction appears everywhere, from babies to adults, even animals. The reaction is similar everywhere: we curl up to protect ourselves and avoid pain. This happens because our brains feel the pain, which causes muscle contraction. After all, the role of contracted muscles, among many others, is to protect the injured part of our body. We have all experienced this process, but we probably weren't aware that the brain controls it.

The consequences of ignoring the pain   When we feel chronic pain, we usually turn to chiropractors, masseuses, acupuncture, physiotherapy, even surgery. It is important to be aware that these health experts don't address the root of your problems; rather, they treat you to the best of their ability with generic methods that are not tailored to our specific problems. The cause and tension remain, while the pain comes back after a while.
Continue ReadingTHE AFFECT OF CHRONIC PAIN ON OUR WELL-BEING 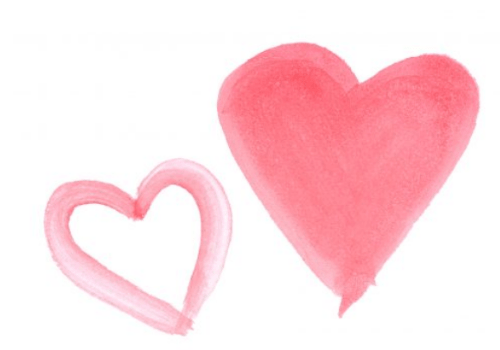 Most are only slowly moving into a new understanding of movement. So far, we've used exercise and sports to look better, be stronger, relax from everyday stress, or heal an injury. It is becoming increasingly clear that we can only achieve transient improvement in this way, and in the long run, we still or even more notice the impact of age on our psychophysical condition.

An increasing number of people use movement and sports to learn and increase the sixth sense, proprioception.
Continue ReadingTHE BODY AND THE SIXTH SENSE 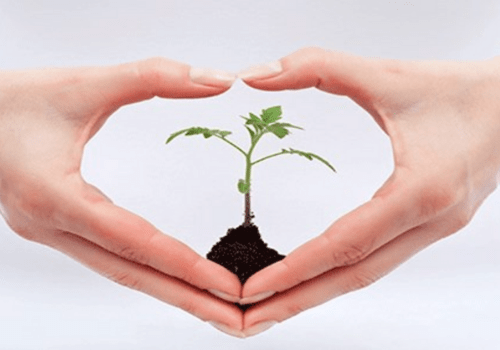 We don’t want to change ourselves, despite expecting others to change, which would in turn, change our lives. Yet it is imperative that all the changes we need to make come from within us. Change means to free ourselves of the feelings of division, isolation, loneliness, anger, fear and pain. We create a life in which we relax and enjoy a life where we know more and more that all the best will come to an end. Can you think of change as spring cleaning? If you do it regularly and little by little, then you will eventually complete it. You don’t even have to do everything to start noticing the results. If you can change, even just a little, then you will feel better soon. 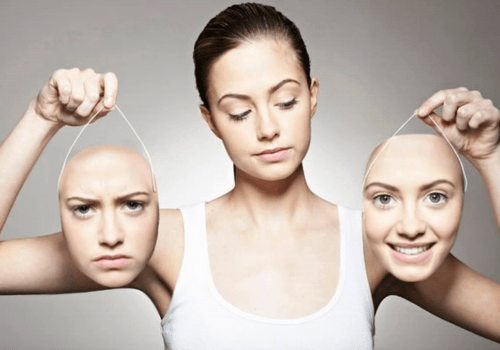 Happiness, joy, anger, sadness, anxiety, fear, … emotions that we use to respond to events that feel important to us. And for all these emotions we can say that they have a bodily component to be reflected in the body, they affect the texture of the muscles and their tension.

When all the strong emotions become activated there is a strong physiological reaction. The activity of the sympathetic nervous system increases, our heart rate accelerates, our pressure increases, we breathe faster, we are overwhelmed by adrenaline, and our body-muscles are ready for activity (fight, flight). These changes actually allow a person to cope with the situation more successfully.
Continue ReadingEMOTIONS AND THE AEQ METHOD 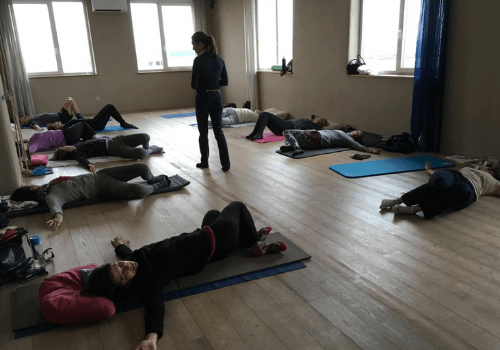 People attribute pain to aging and use old age as an excuse. But the AEQ method, a method of gentle conscious movements, does not recognize this concept, and in the workshops I explain how teachers of the AEQ method associate movement pain with so-called sensory-motor amnesia. The main cause of chronic pain is the gradual deterioration of body sensation, and this is the result of major and minor injuries, stress, worries, harmful behavioral patterns, and misconceptions that limit us in easier functioning and living.   Muscles become used to being tense because of sensory-motor amnesia, despite our best effort to relax them. The problem lies in the fact that we aren’t relaxing them consciously; methods such as stretching, massage, chiropractic and other manual therapies, and painkillers usually don’t help in the long run. If we want to fix problems, we need to teach tense muscles how to relax.
Continue ReadingCHRONIC PAIN ATTRIBUTED TO AGING